We had an inquiry the other day. Under ground irrigation system pipework leaking, spanning 2000 square meters of public gardens in London Kensington… Could we help?? 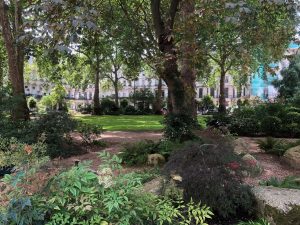 It pretty much made a normal water mains leak detection sounds easy!

Apparently two other companies had been out before us to try and solve the issue but they had come unstuck and not been able to trace the leak, all unbeknown to us – our Leak Detection process is incredibly accurate!

On the booking the customer informed us that the pop up lawn sprinklers were isolatable so that we could test the pipework all underneath the ground.

Well, when we arrived to this beautiful garden of some very affluent houses we started to inspect the task at hand.

First we had to work out how the whole system worked even to have a chance finding the leak non-invasively. On this system there were over 14 zones all being run by computer which opened each zone with a solenoid that were placed about the grounds all being fed by one feed coming from a vast water cistern that pumped the water through the irrigation system at very high pressure when the computer opened the solenoid for the specific zone.

What’s more the pop up lawn sprinklers were NOT isolatable as we had been informed. No wonder the other two companies had a few problems! How do you test a pipe that you can’t seal from ends???

Well we came up with a eureka moment! And this is how we solved the problem:

Now as we explain this, you’re probably going to think well that’s obvious! But in truth when you’re put in a position to solve a problem, you’ve got 20 people running around you expecting you to solve the problem within 10 minutes, it’s quite hard to come up with a solution under pressure!

Anyway this is what we did! Once we had worked out that you couldn’t take these units apart, the only way we could stop the water flow from the sprinklers was to actually cover the jet from which the water is projected across the lawn.

The only problem was, we needed water pressure to push the popup sprinklers up out of the lawn, so as you can imagine we had the water on so that we could grab the sprinklers with a pair of grips getting rather soaked in the process!

Once we had grabbed said sprinklers, not allowing them to recede back into their hole, Matt the second Engineer on site cut about 2 inches of 50 mm MDPE pipework. Because we needed the pipework to fit snug around the sprinkler, we cut out a section down the length of the pipe making the diameter of the pipe slightly smaller. 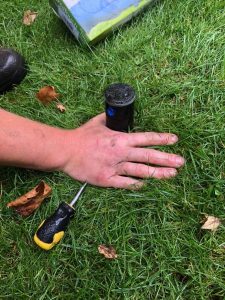 To create a seal we placed a latex rubber glove inside the pipe then placed it over the tightly gripped sprinkler sliding it over the jet. Two 40-60mm jubilee clips were placed over the pipe either side of the jet over the pipework and the rather Heath Robinson seal made out of a glove. 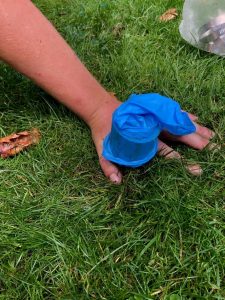 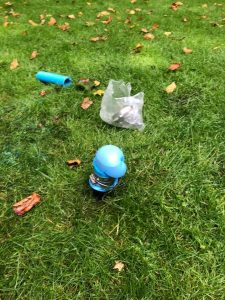 Now remember, this system is pumped at a pressure exceeding 12 bar so as you can imagine we were a bit dubious that this would work.

Anyway, we soldiered on.

We tightened the Jubilee clips as tight as we possibly could without damaging the sprinkler then let the sprinkler go watching it trying to get back into its little hole but unable to do so due to the jubilee clips around the plastic pipe with a rubber membrane (the latex glove!).

Anyway we tested it to see if it would work on one and oh my goodness, it held the pressure!

On this particular run, there were four sprinklers going in the same line so we repeated the process on all four expecting the power of the water to blow them apart. But it didn’t! Instead, with a little bit of thinking, a lit bit of Engineers judgement, and we must admit, probably a little bit of luck! We were able to carry out a full non-invasive leak detection on the irrigation system and would you believe we found two leaks! 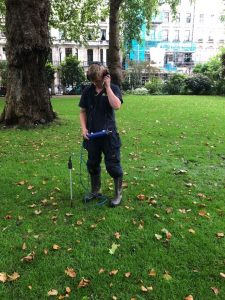 Which just proves it just takes a little bit of thinking to solve the problems that others fail to solve. Not only that we are now booked in to excavate and carry out the repairs for the customer! Happy days! 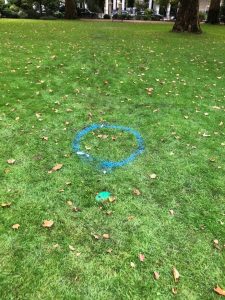 Are you suffering with a similar problem on your water mains pipe, irrigation system, fire hydrant, or even your swimming pool?

If so then you know what to do.